Sauna rules for a healthy and efficient use of sauna

SAUNA ONCE UPON A TIME

Why do we use sauna naked? The sauna is intended for cleansing the skin and the body, but in the swimsuit the skin cannot breathe, so this is harmful. Swimwear is also not recommended for hygiene reasons. It often contains bacteria that reproduce in the heat. Even the chlorine that is retained on it after bathing in the pool would evaporate and harm everyone in the sauna.

If there is enough space, we stretch our legs in the sauna. Especially for beginners it is more appropriate to lie on your back with your legs raised to prevent uncontrolled blood flow. Occasionally we move to the lower or higher bench.

And not the least – the biggest sauna in Finland was built in 1904 and it can be used by more than 180 people, when sitting. The sauna extends over 65 m2 and is more than five meters high.

There is no denying that the cold really made Finns to look for different ways to heat up their body. So - all the thanks go to the climate that made the existence of saunas possible, which have been successfully relieving human bodies for centuries. And thanks to the Finns for the great solution that has taken over the world.

We invite you to look at our current offer of accommodation packages at Terme Olimia. 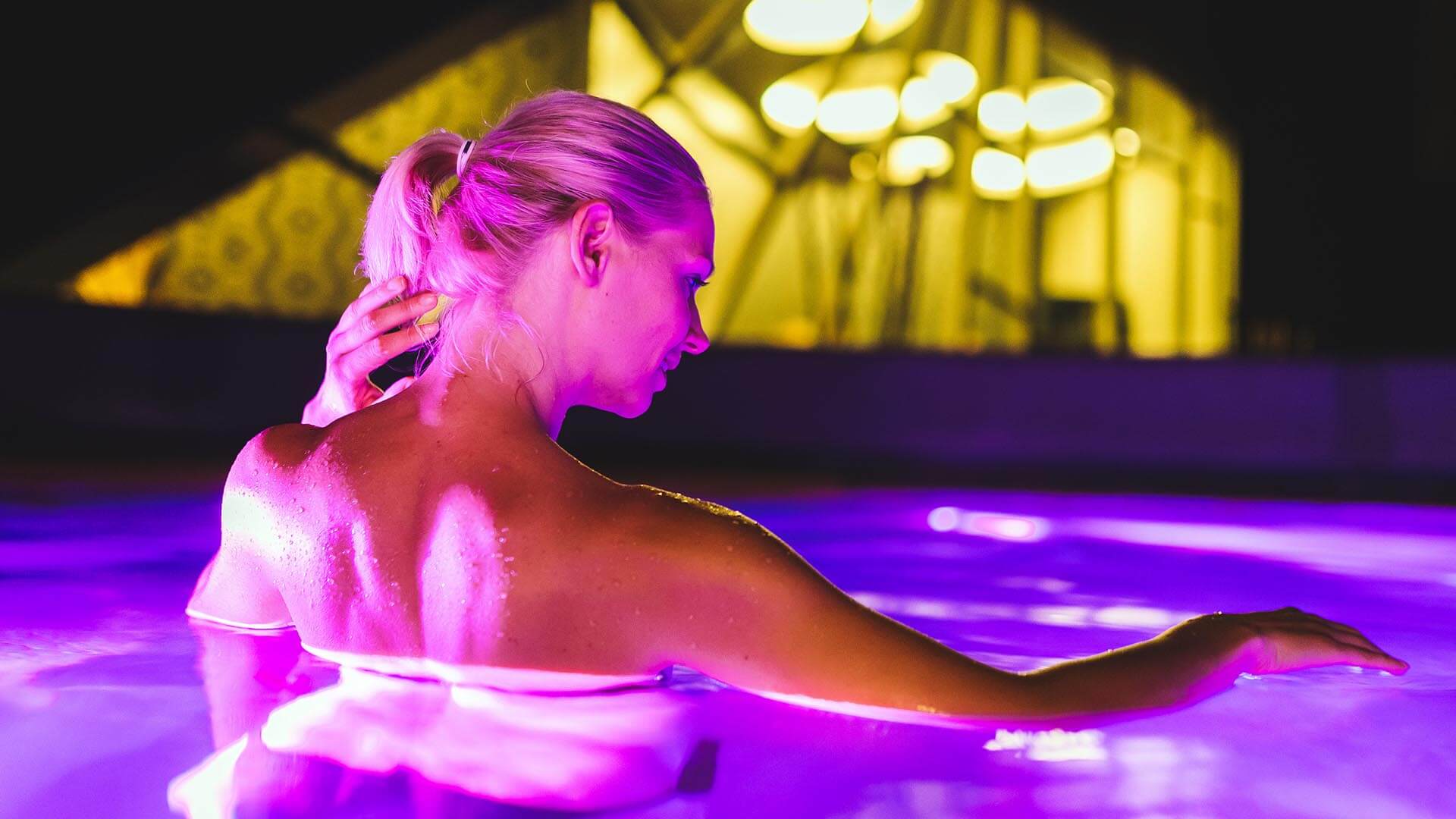 Let it be magical, this New Year

You know the saying that goes something like this: "Whatever you do on the first day of the new year, you will do the whole year." One could argue that nobody would turn down the year-round feelings sparked in your body by thermal springs. That means – no stress, lots of love and warmth, pampering in the saunas, swimming in thermal springs, enjoying great food and even better wine. And the magic hands of masseurs and Masters of the Wind. Music, and like cream on the cake, this magical winter disguise donned by the lands of Obsotelje and Kozjansko. Do you already know where you'll be for the New Year's Eve? 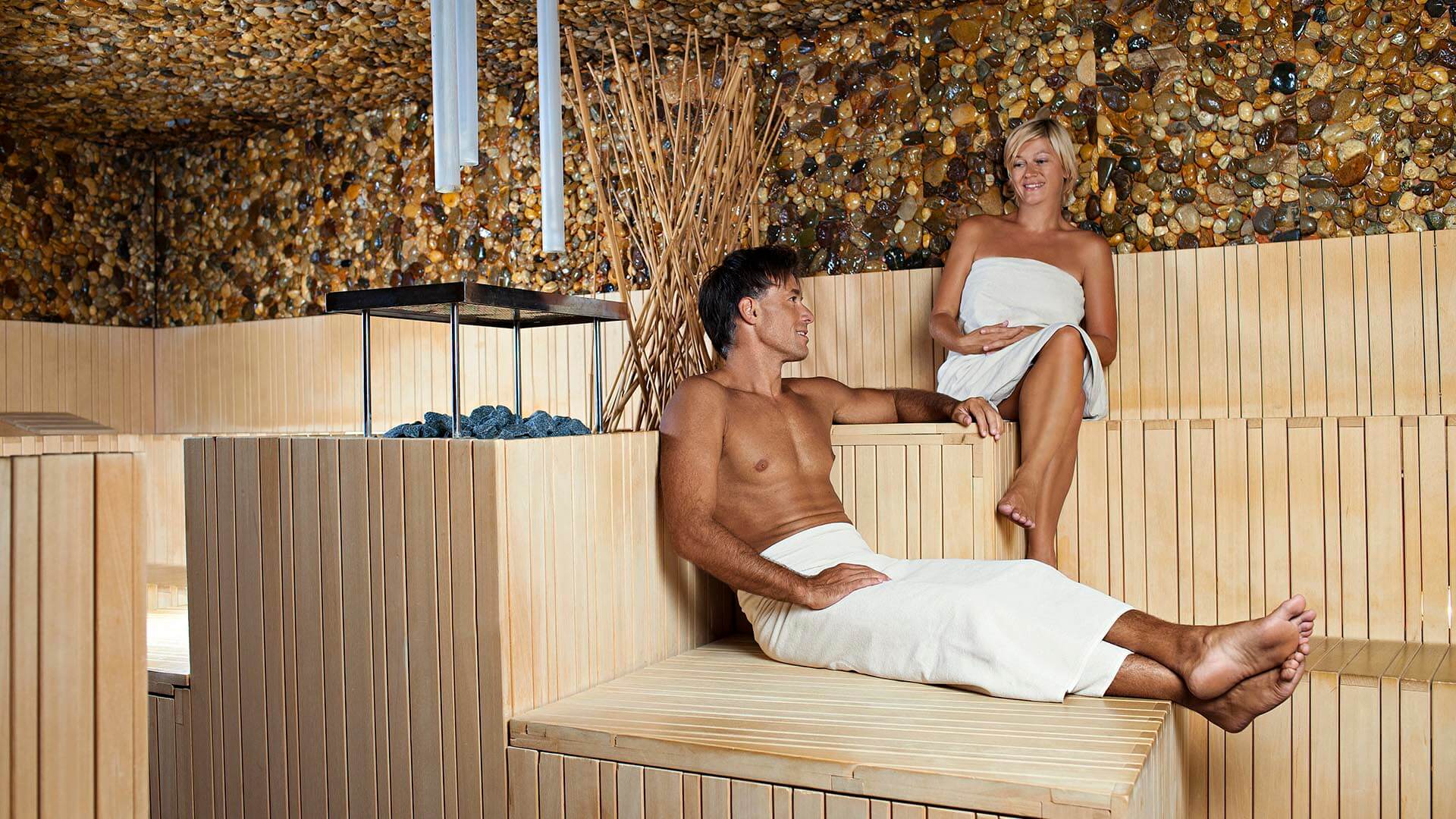 She, he, and romantic thermal magic

One of these days, when there is a dark silence outside, and raindrops are battering against the window. Winter is coming. She is on the right of the couch, he in the corner. She wants to watch the cooking show, he prefers football. She would like to do something. He wants to stay warm at home. She's thinking. He has no idea. She remembers that thermal water also warms. While at work, he heard that Wellness Orhidelia had become famous among lovers. They head to Terme Olimia ... 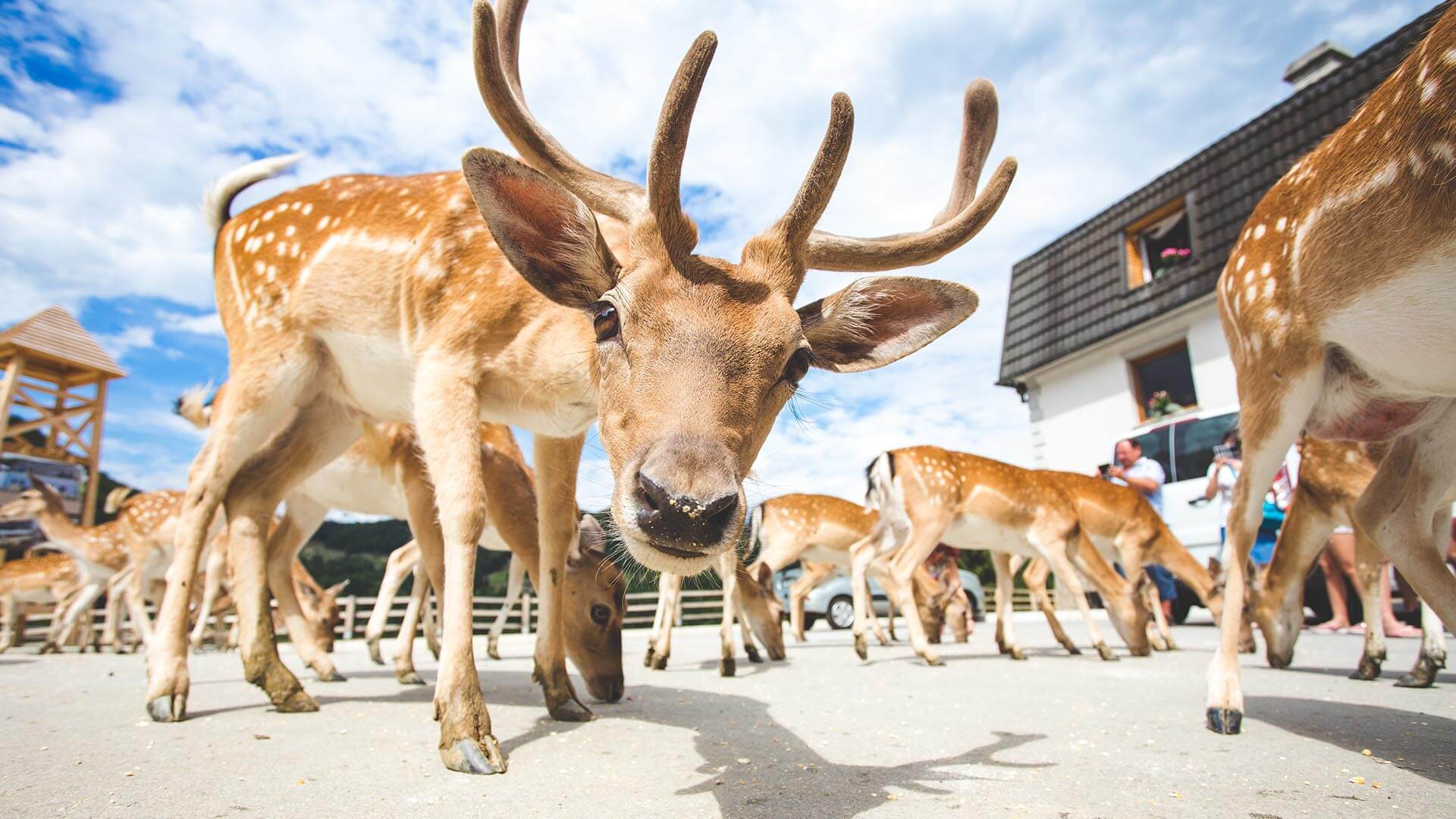 It almost sounds like Santa Claus is home here. And when you the deer and mouflons come running to you, you will be even more convinced by that. But when the master calls them by their names: "Pikaaaa, Pikiiii ...," you will notice that there is no Rudolf among them. So, you are not at Santa Clause's. You are at the homestead jelenov greben. And it will come as no surprise that you will fall in love with the place, the family hospitality and the authenticity and versatility of the offer during your visit.